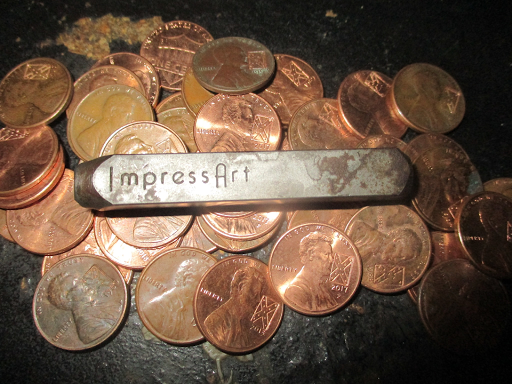 Despite what a few claim it's not illegal !

As a matter of policy, the Mint does not promote coloring, plating or altering U.S. coinage: however, there are no sanctions against such activity absent fraudulent intent. ... Stamping words or letters on a coin is perfectly legal.

I just got a roll of Lincoln Rail Splitter pennies. 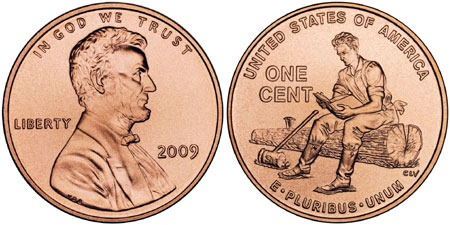 The results are better than I had hoped for ! 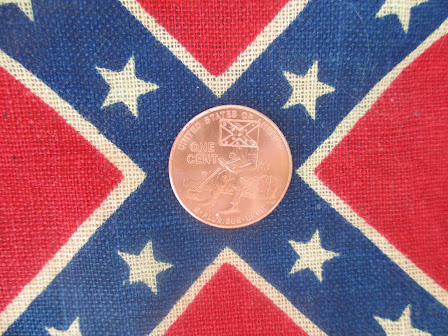 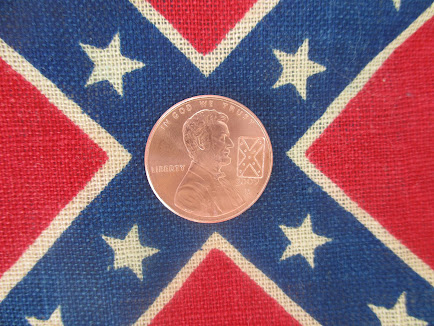 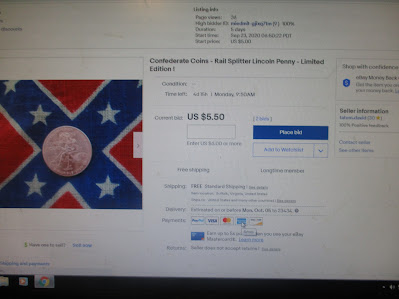 A picture of my Great Grand Father --

I finally have a photo of JC Tatum
First Company Richmond Howitzers !
An 1867 Reunion Photo ! 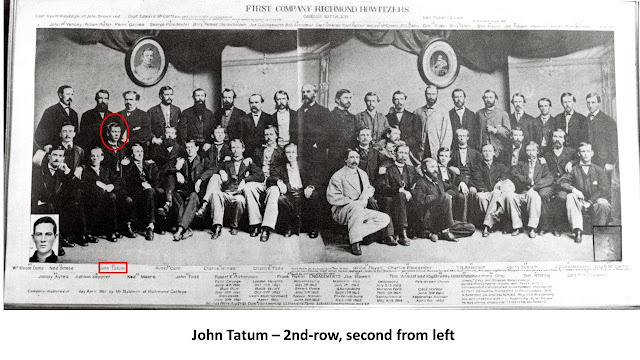 His older brother William is also in the photo ! 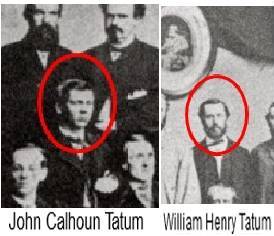 Thanks to Wayne Rowe for sending it to me !

This was all I had previously of JC Tatum 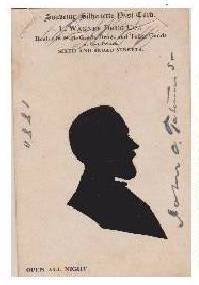 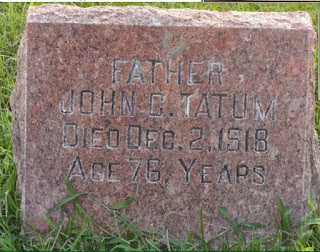 Christmas in September !!!!
UPDATE !
I purchased a book on E-Bay from a Descendant of the Richmond Howitzers

I set out with the coins I had made -- 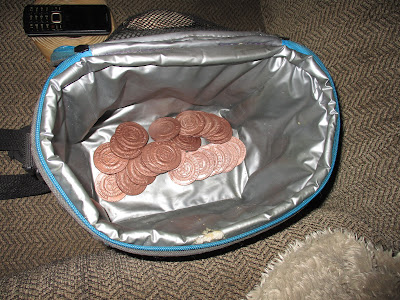 I made my trip to Cedar Hill a day early, A cool morning,
with the clouds touching the ground. 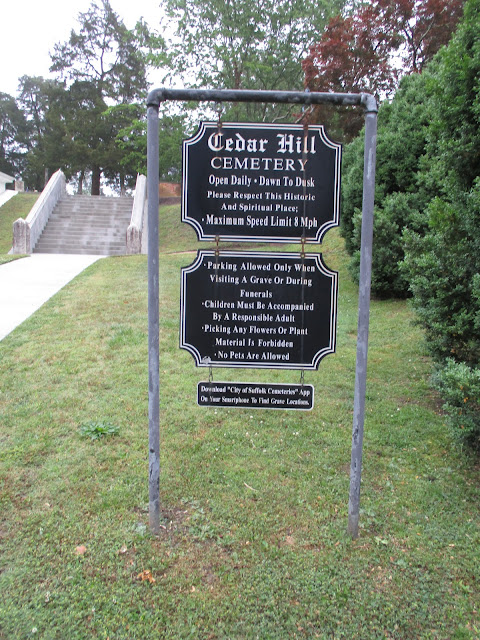 I've changed the way I place my Remember Coins,
I attach them with putty to the back of the UDC markers.
They will cause no damage and can be removed if that's desired.
They may never be seen, but I know they are there. 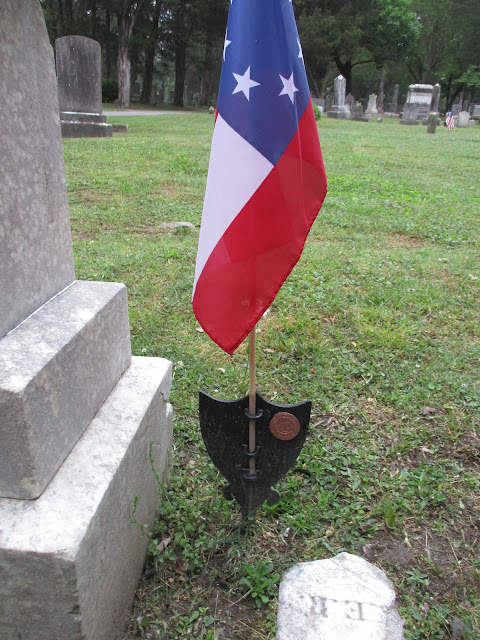 I gave it my best shot to give a little information on the soldiers I placed a coin for. 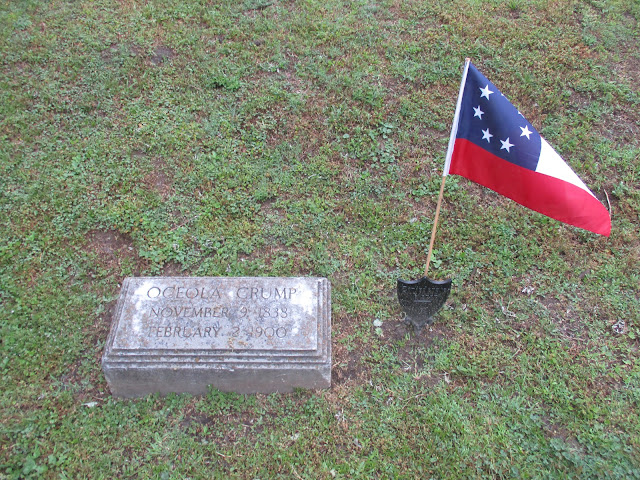 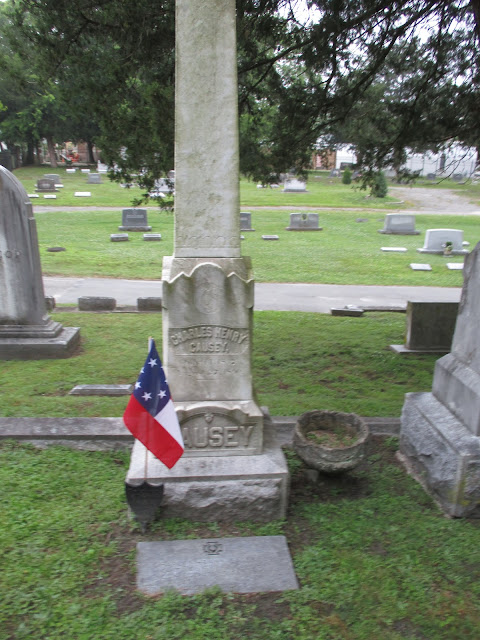 Charles Henry Causey, Sr.
3rd Virginia Cavalry, Company B, promoted to 1st Lieutenant in
1862, Later promoted to Captain in the Secret Service on General
Magruder's staff.
Causey was born July 14, 1837 in New Castle, Delaware the son of
William and  Mary Colvin Causey. He received his undergraduate
degree from Madison College, Uniontown, Pennsylvania in 1857 and
his law degree from the University of Virginia. He was a state
senator from 1884-1887, Commonwealth's Attorney for Suffolk and
the attorney for the Atlantic and Danville Railroad and the
Seaboard Airline Railroad. Causey practiced law in Suffolk until
his death. He married Martha Josephine Prentis the daughter of
Peter Bowdin and Eliza Wrenn Prentis on September 26, 1864 and
had eight children. He died August 27, 1890 in Suffolk, Virginia
and was buried in Cedar Hill Cemetery 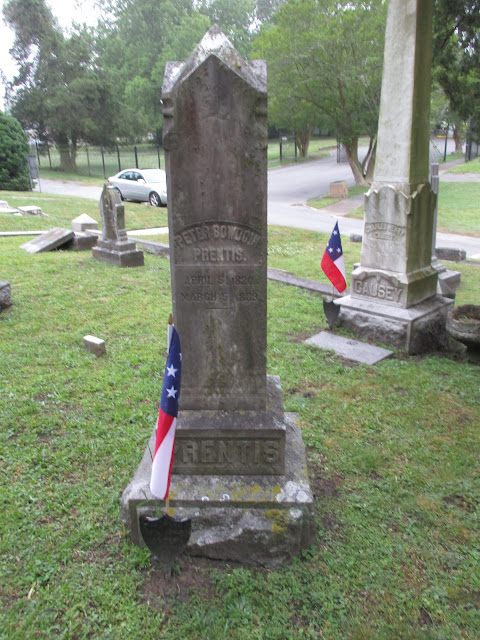 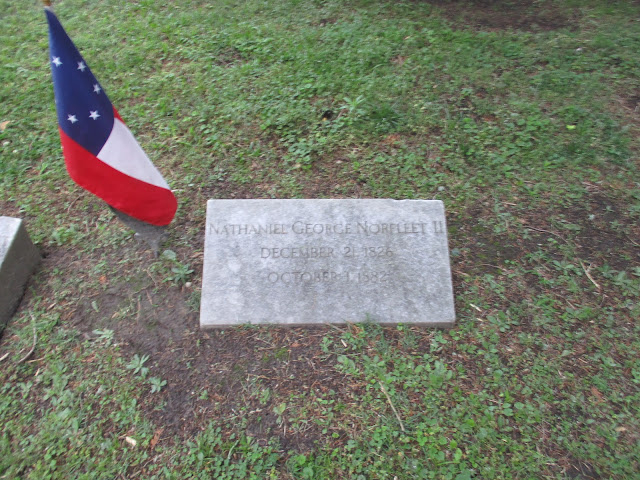 Nathaniel George Norfleet
12th Virginia Infantry and Mulligan's Company, Signal Corps
Norfleet was born in Nansemond County on December 21, 1826, the
son of Nathaniel George and Joana Kelly Darder Norfleet. He was a
farmer. He married Mary Elizabeth Darden (b.06-08-1832
d.05-17-1906) on May 29, 1850. She was the daughter of William
and Betsy Cowper Darden. They had eight children. Nathaniel
Norfleet died January 10, 1882 and is buried in Cedar Hill
Cemetery. 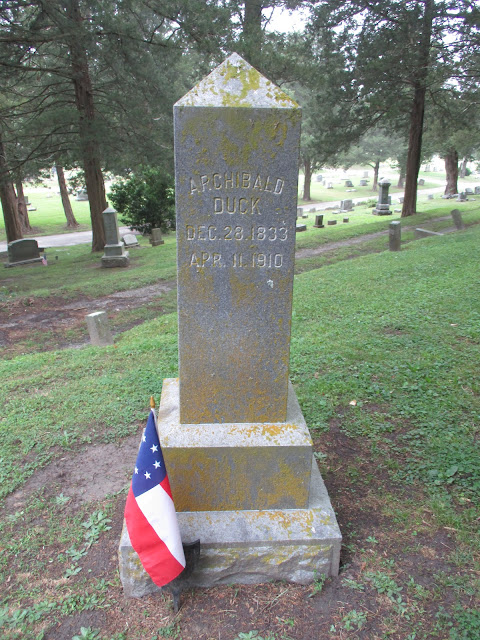 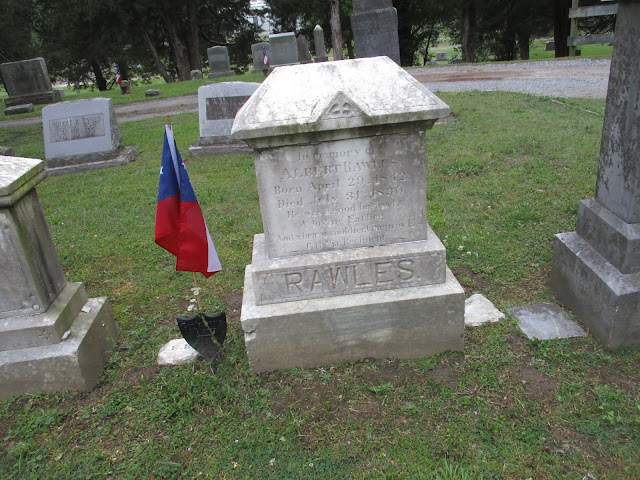 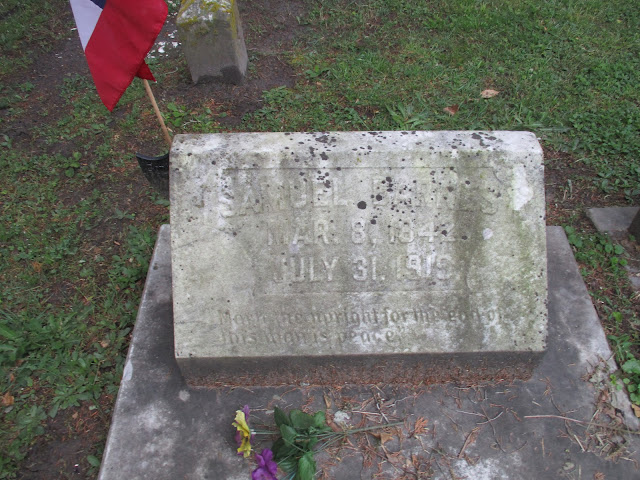 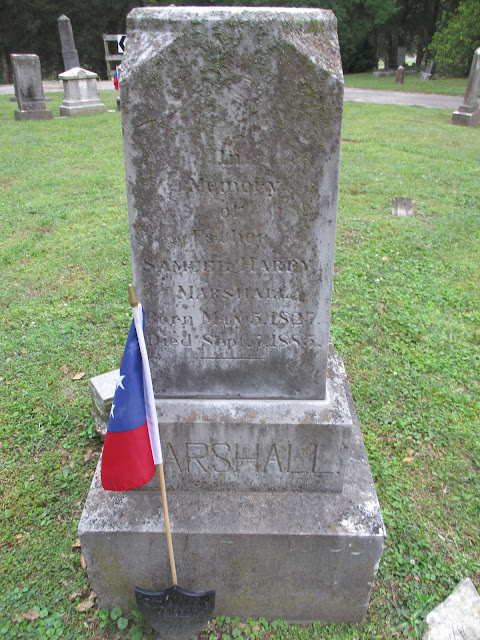 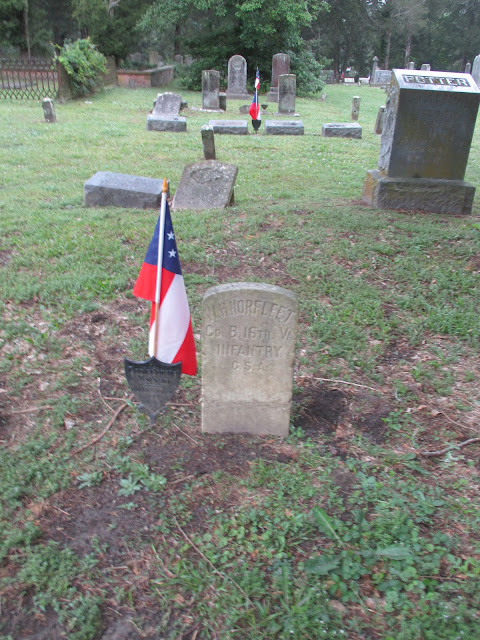 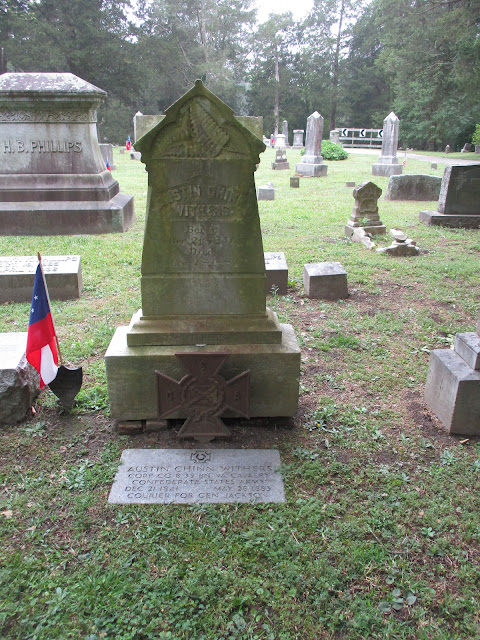 Austin Chinn Withers
CSA
Withers was born December 21, 1841, in Campbell County, Virginia,
the son of Robert W. and Susan D. Withers. He was a courier for
General Jackson 1861-1865. He attended University of Virginia
School of Law. He married Missouri Taylor Riddick (8/4/1848-
5/26/1924) and was a prominent lawyer and commonwealth's attorney
for Suffolk.  Withers died May 28, 1883. 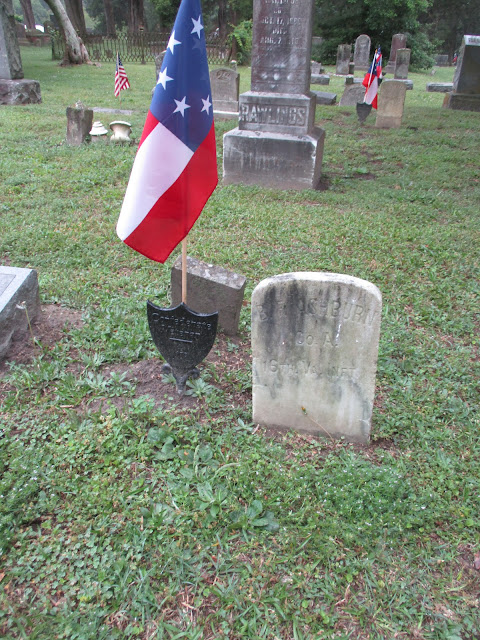 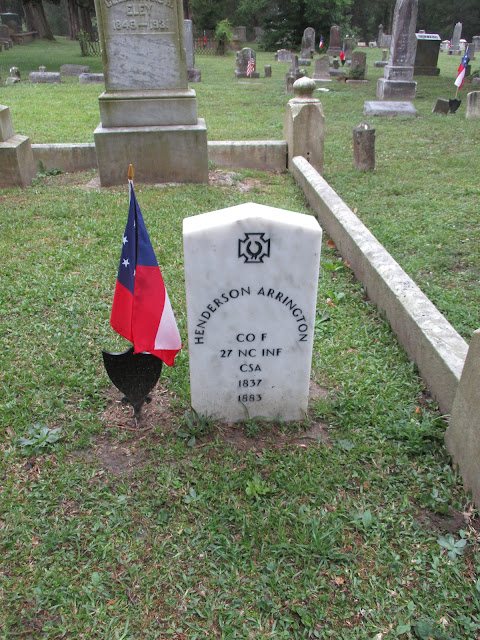 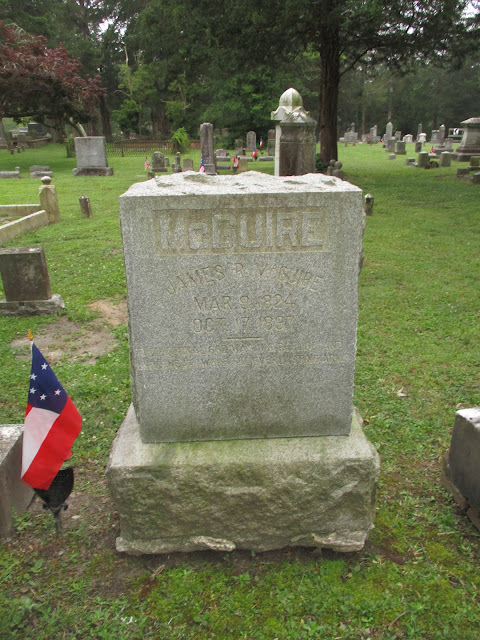 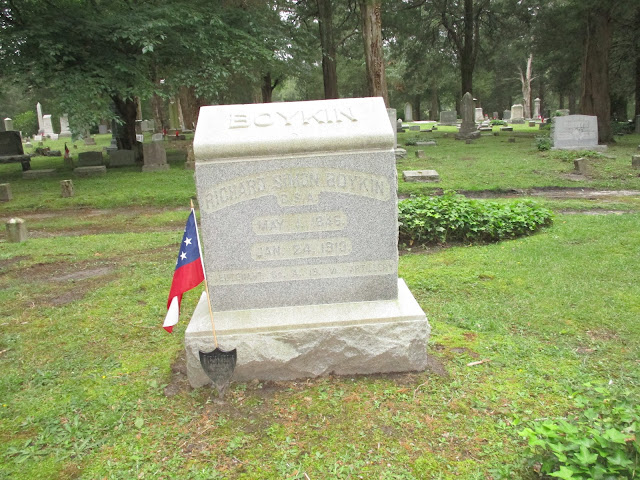 Richard Simon Boykin
18th Virginia Artillery, Company A, Lt.
Richard was born May 1,1846 in Southampton County. He was the son
of John and Caroline Kello Boykin. Caroline was the daughter of
Richard Kello. He first married Nannie Urquhart in 1872. She died
in 1881. He married his second wife Susan Pretlow (1863-1949 ) on
April 6, 1887. By his two wives he had seven children. He read
law with his uncle Judge George T. Bartlett of Georgia and was
admitted to the bar. He was Treasurer of the City of Suffolk and
was a member of the state legislature (1888-1889). He died
January 24, 1913. 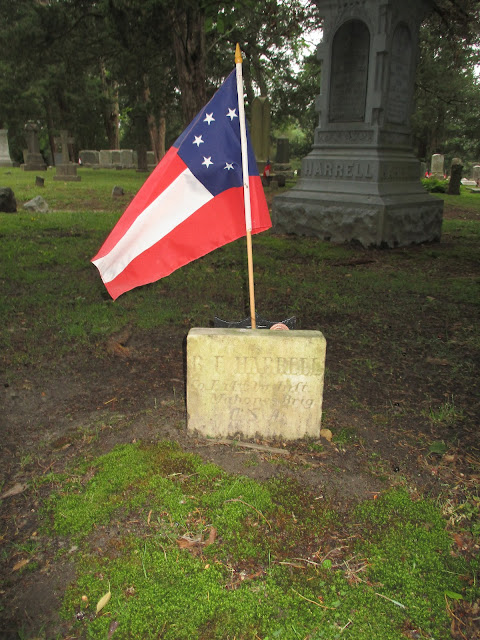 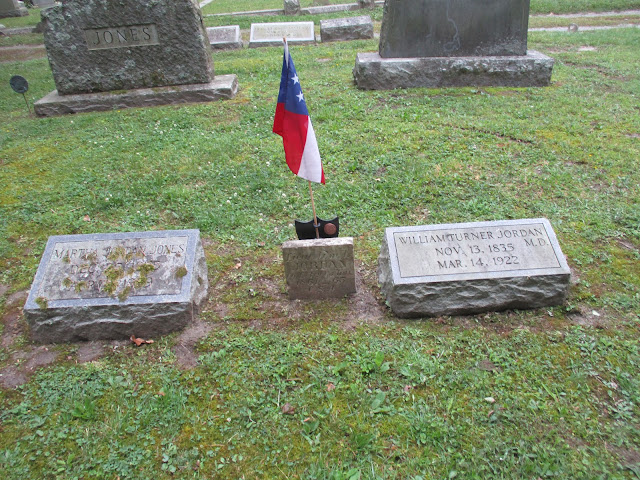 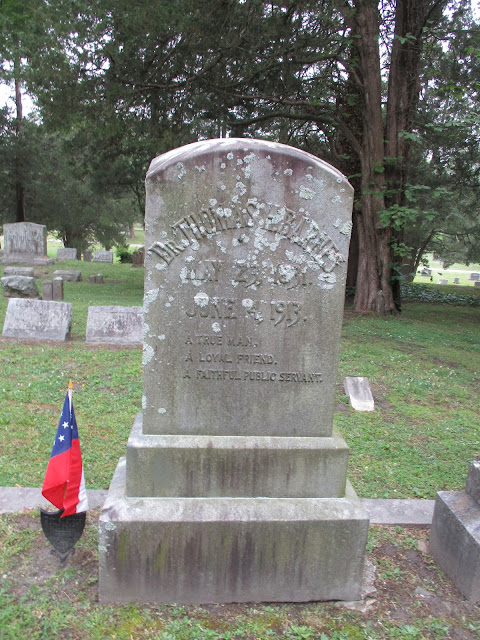 Thanks for taking a look !
DT.


A few weeks ago my cousin Mary sent me a book owned by J C Tatum,
My Great Grandfather, who was a member of the Richmond Howitzers.

The book was published in 1891 and given the owner, it's age and missing it's spine
I was happy to have it.

I looked on E-Bay and found several comparable books, I was shocked by the price.

One is Here / another is Here

I decided to have a hard cover put on mine, I did a google search for local bookbinders and found this one - Long's Roullet .

I Sent an E-Mail with the above pictures and asked for a price.

Within a day I got a reply and was told $45 for a hard cover.

I sent the book with appropriate insurance.

When I got the book I considered it to be Gold, seeing as how it was owned by my Great Grandfather who was a member of the Richmond Howitzers.

Now having a hard cover added it's polished Gold.

Gone But Not Forgotten ! 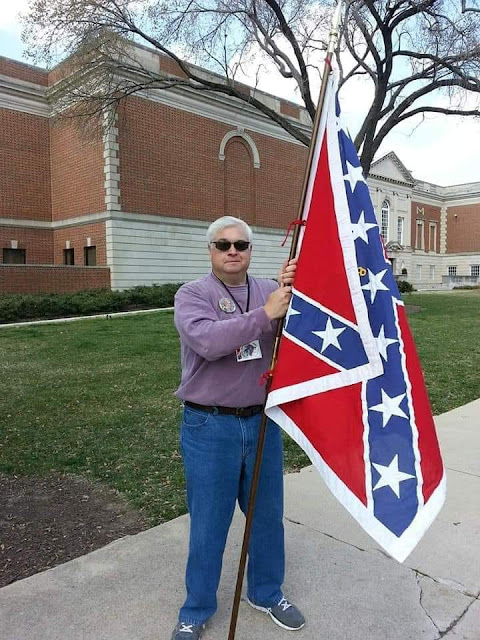 I lack the proper words to express my feelings so I'll let the pictures speak for themselves.
I'll add more as I find them !

Obituary Here.
Posted by David Tatum Jr at 5:23 AM No comments:

I had a rare Saturday off and did a few things Confederate !

Well it started on Friday when my new battle Flag arrived !

Like I said, it's a rare Saturday off for me !

It started off with my grandson's finding the stickers that came with the new flag.

Charlie and Logan love stickers, and I can't think of a better use for them !

I went to an SCV meeting in Churchland, the 13 Mechanized had a guest speaker --

A few pictures from the meeting ---

I got home and raised my New Battle Flag !

It was the first Saturday I've had off in a while, I think it was Great !

Posted by David Tatum Jr at 9:57 AM No comments: